Home/News/What are school sores and how do you get rid of them?

What are school sores and how do you get rid of them? 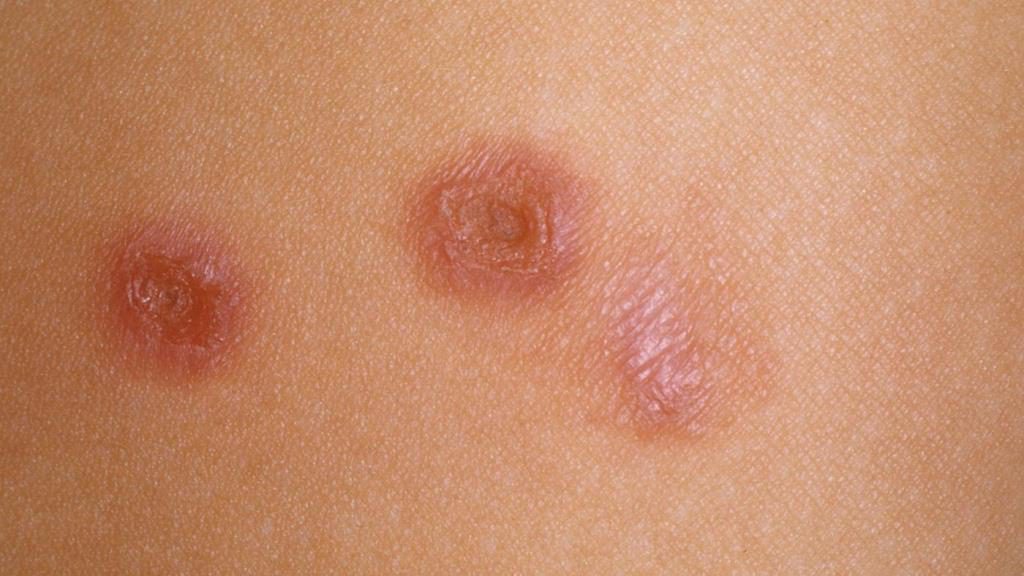 Impetigo, or “school sores”, is a contagious infection of the very top layer of skin. It’s most common in children aged two to six, and ends up spreading from child to child in schools and daycare centres, but can affect children and adults of all ages. The good news is that it’s unlikely to cause […]

Impetigo, or “school sores”, is a contagious infection of the very top layer of skin. It’s most common in children aged two to six, and ends up spreading from child to child in schools and daycare centres, but can affect children and adults of all ages.

The good news is that it’s unlikely to cause serious harm. It usually clears up within a few weeks, without any scarring.

The usual culprit is the bacterium Staphylococcus aureus, better known as “golden staph”. S. aureus can cause serious infections, and has a fearsome reputation. But the bacteria commonly lives on skin, lurking in the groin and nostrils without causing problems.

A second type of bacteria that causes impetigo is Streptococcus pyogenes, commonly known as “strep”. S. pyogenes can cause other infections such as tonsillitis and pharyngitis. In fact, it is often the “strep” responsible for “strep throat”.

Strep impetigo is more prevalent in rural and remote communities. It is also more common in institutional settings such as aged care facilities, boarding schools, and prisons.

Impetigo appears on the skin one to three days after being infected by staph, or four to ten days after catching strep. It can occur on sores from scratches, insect bites and eczema, or on healthy skin.

The sores begin as red areas, or crops of small blisters, most commonly around the nose and mouth, and on the arms and legs. The sores then burst and begin to weep, before drying with a golden-coloured scab, often referred to as a “honey-crust”.

While impetigo is unlikely to cause problems in healthy people, it’s important to see a GP for an accurate diagnosis.

If only a small crop of sores is present, frequent washing with soap and water might be all that is needed. A prescription antibiotic ointment can also be used.

If the sores are more widespread, or there is evidence of infection spreading into the deeper skin (cellulitis), oral antibiotics are often necessary.

Parents can speed up the healing process by removing the crusts two to three times a day. This is done by soaking the skin in a warm bath, then wiping the scabs away gently with a clean face washer and patting dry with a fresh towel. Sores should be completely covered by waterproof bandages.

To prevent other family members catching the infection, don’t share any towels, face washers, clothes and bed linen, and put them on a hot wash. The infected person should use a fresh towel and washer every time they bathe, and keep their nails short.

Impetigo can occasionally lead to a further, dangerous infection. If children are feverish or lethargic, sores are spreading despite antibiotics, or you’re concerned your child looks unwell, see a doctor.

Newborns and babies are also at higher risk of serious complications due to their immature immune systems, and so get it checked out at the first sign of infection.

An Australian study in the Hunter area of New South Wales looked at all staph infections diagnosed in the region from 2008 to 2014. Nearly 20% were drug-resistant strains.

For most children, though, the infection is mild and fleeting. Keep an eye on the sores, and see your GP for a diagnosis, but try not to worry if it’s a standard case.