Each year, about one in five Australians will experience symptoms of a mental illness. Mental illness is also the leading cause of

Our mental health researchers work alongside Liverpool Hospital Mental Health Centre – one of the largest mental health facilities in NSW – to transfer their findings directly into clinical practice and patient care. 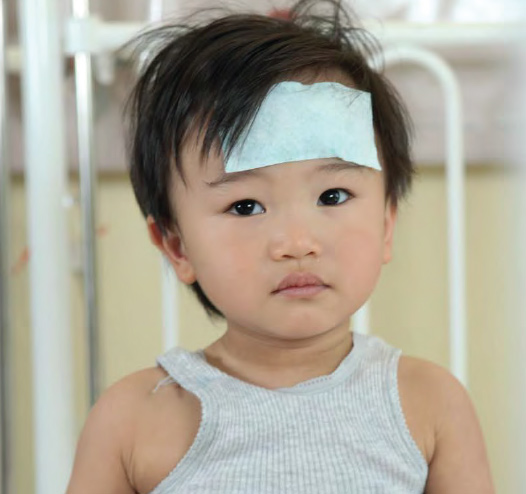 Researchers from our Academic Unit of Child Psychiatry are investigating the genetic characteristics of Tourette’s syndrome, as well as the early identification and treatment of developmental disorders like autism. This has led to the publication of a world first study on the group delivery of the Early Start Denver Model for autism and behavioural symptoms.

Meanwhile, the Psychiatry Research and Teaching Unit is finding ways to improve the quality of life for those affected by other mental health issues. Its research leader, Professor Derrick Silove, has been recognised and awarded for his work in refugee and post-conflict mental health.

Our research seeks to understand the biological and environmental aetiology, epidemiology, clinical features and management of developmental and behavioural disorders. Research conducted at the unit also focuses on psychobiological underpinnings of attachment including the role of oxytocin as well as research into perinatal Anxiety and Depression as well as the involvement of fathers.

The unit has collaborative links with:

The Psychiatry Research and Teaching Unit (PRTU) was established in 1991 following the appointment of the Foundation Chair in Psychiatry, UNSW Australia and the South Western Sydney Area Health Service in 1990.

Since establishment the PRTU (and the Centre for Population Mental Health Research) has attracted over 50 collaborative research and project grants exceeding $20m and has published over 300 publications, many in high-ranking journals such as the Lancet and JAMA. It has also been a partner on two 5 year NHMRC Program Grants (2004-; 2010-2014) involving all the leading researchers in the country in the field of traumatic stress.

The PRTU is regarded nationally and internationally as a leading research and training centre in the interrelated fields of transcultural, refugee, post-conflict, posttraumatic and disaster mental health and the mental health of developing countries. In addition, the group has been involved in supporting student and registrar teaching, clinical service development, information system management and international development work.

The Ingham Institute Schizophrenia Research Unitconducts research into the causes of, and better treatments for patients suffering from schizophrenia and other major mental disorders.

The Unit’s primary academic partner is the School of Psychiatry, UNSW Australia with major collaborative links with a range of other research groups, including the Macquarie Centre for Cognitive Science, (Macquarie University), the Priority Centre for Brain & Mental Health Research (University of Newcastle), Brain and Mind Research Institute, (University of Sydney) and the Laboratory for Neuro Imaging (University of California, Los Angeles).

A major focus for the group has been recruitment of help-seeking young people for the ‘Minds in Transition’ study that aims to identify the neurocognitive correlates of transition to psychosis, supported by a five year NHMRC project grant.

To learn more about the Ingham Institute or to book a tour contact us today.