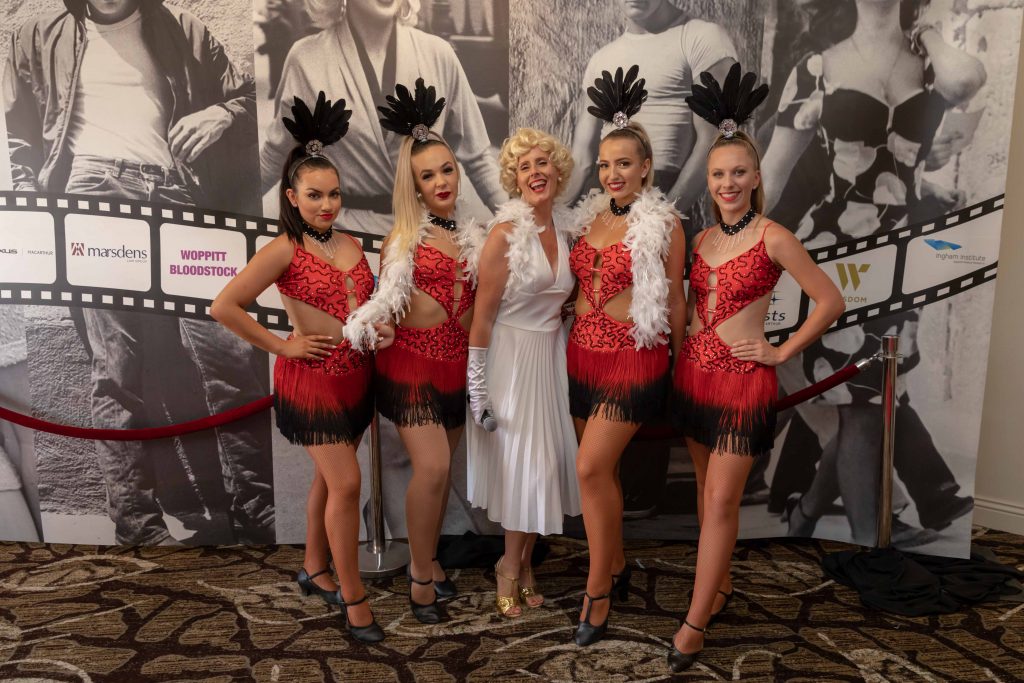 The Ingham Institute’s annual fundraising luncheon hit the right spot straight up, with a $50,000 aperitif.

The sixth fundraiser, hosted for the third time by Channel 7 personality Natalie Barr, attracted a full house of 250 at Camden Lakeside, with this year’s event celebrating women in science.

While there was a smattering of men, the room largely comprised women with many enthusiastically embracing the Hollywood theme and decked out in stunning dresses and gowns.

Tracey Roberts, a member of the luncheon committee, confirmed more than $120,000 had been raised of which the full amount will support medical research in southwest Sydney.

MC Natalie Barr talked up the all-female committee, which she described as a “girl posse”.

“They care, it’s their community and their patch … something unique,” Ms Barr said. “On the eve of International Women’s Day, it’s something we should cheer.”

Ingham Institute CEO Darryl Harkness said the luncheon was a flagship of the institute and a chance to learn about the world-leading research being done in southwest Sydney for the people of the region.

She has been involved in a world-first program for the early identification and treatment of development disorders like autism.

Prof Eapen said that each year hundreds and hundreds of children started school and were behind in their developmental milestones.

“The Australian Early Development Census is done every five years … 22 per cent of children, or one in five, starts school with a development issue,” she said.

“The average age of autism diagnosis in Australia is four years. By the time they start school and the developmental issue is identified, they have already missed the opportunity for intervention and the ability to make a difference much sooner.”

Prof Eapen said in a child’s early years there were 43 opportunistic contacts with a health professional but very rarely was a milestone checklist used.

She and her team developed the Watch Me Grow-E (WMG-E) App online app that engages and motivates parents of young children to be active in monitoring their child’s development beyond health screenings. The app consists of a questionnaire designed to screen for learning and behavioural disorders such as autism in early childhood.