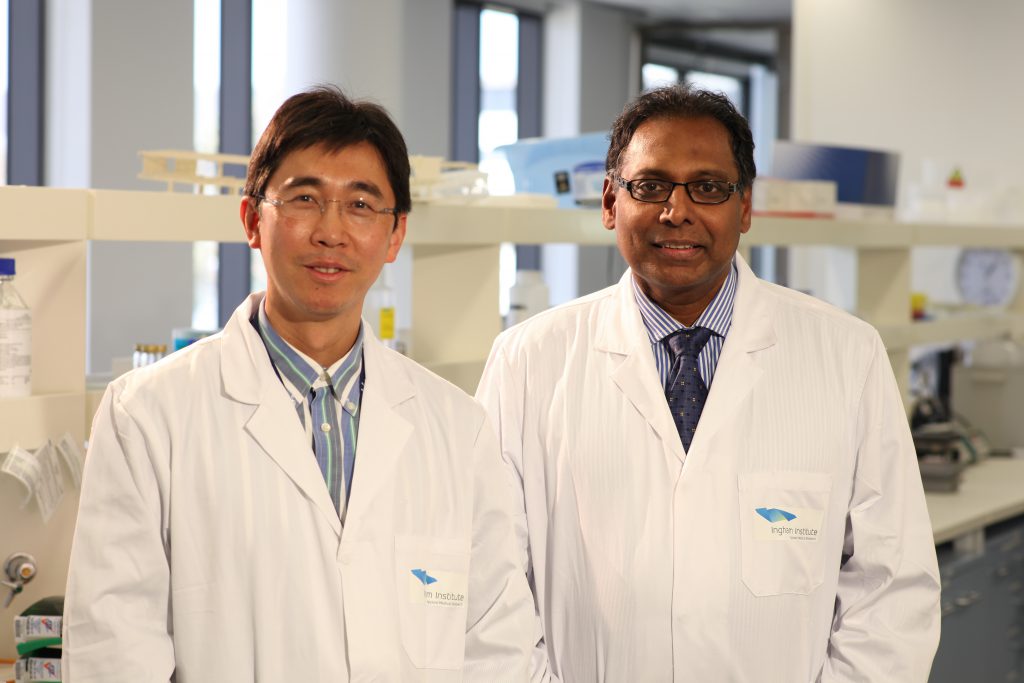 Ingham Institute scientists are the first to discover a molecular signature of virally caused oesophageal cancer — a major breakthrough which will enable doctors to screen for the deadly cancer.

A WORLD-first discovery into the origins of oesophageal cancer has been made by southwest Sydney researchers.

Ingham Institute scientists are the first to discover a molecular signature of virally caused oesophageal cancer — a major breakthrough which will enable doctors to screen for the deadly cancer.

The finding, made by the Gastro-Intestinal Viral Oncology Group, could even help prevent oesophageal cancer before it develops.

Professor Rajendra was in Geneva this month to present the discovery at the World Oesophagus Conference.

Director of the group, Professor Shan Rajendra, who works at Bankstown-Lidcombe Hospital, said it was a game changer.

“We’ve been able to identify very characteristic markers of HPV (human papilloma virus) driven oesophageal cancer that can be easily done on biopsies when people go for endoscopies in any decent lab in the country,” Professor Rajendra said.

“That’s a big discovery for diagnosing the vitally-driven cancer.”

With testing, a person found to have the molecular signature will be able to be given a vaccine to stop HPV and its evolution into oesophageal cancer.

Early detection and prevention is especially crucial in this type of cancer — where mortality rates drop from 90 per cent to just 10 per cent with early diagnosis.

The findings have just been published in the International Journal of Cancer and Professor Rajendra has returned this month from Geneva where he presented the discovery at the World Oesophagus Conference.

It’s not the first time the Liverpool-based group have made a world-first discovery in oesophageal cancer — the fastest growing cancer in the western world.

The team made headlines in 2013 when they were the first to prove that HPV is one of the leading causes of oesophageal cancer.

Professor Rajendra said the group have another paper under peer review that explores the strong link between oral sex and oesophageal cancer.