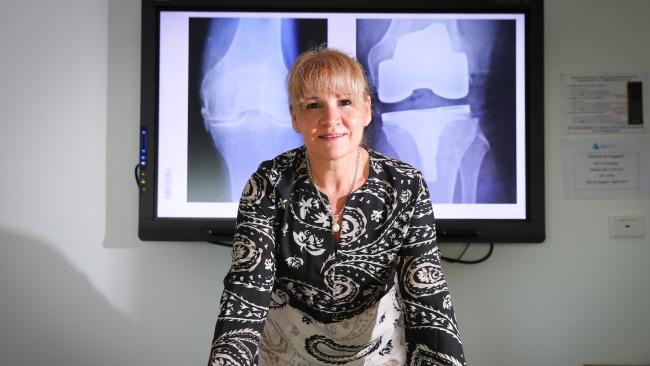 In-hospital rehabilitation after knee replacement is a waste of money, according to a new study likely to put pressure on the private sector to pursue cheaper ­options for insured patients.

In-hospital rehabilitation after knee replacement is a waste of money, according to a new study likely to put pressure on the private sector to pursue cheaper ­options for insured patients.

Researchers led by associate professor Justine Naylor, from South Western Sydney Clinical School at the University of NSW and the Ingham Institute of ­Applied Medical Research, compared outcomes for total knee ­arthroplasty with and without private inpatient rehabilitation.

Their findings will add to concerns over unnecessary knee replacements being performed in Australia, which has one of the highest surgery rates in the world.

Not only was there a significant cost difference — rehabilitation averaged $9978 for inpatient services compared to only $374 for those sent home after surgery — but one health score showed a better outcome for patients who did not remain in hospital.

“Given the substantial difference in costs, better-value ­alternatives than inpatient rehabilitation should be considered for patients who have not experienced a major complication or progressed slowly after knee ­arthroplasty,” they conclude.

“We understand private consumers do value inpatient rehabilitation for reasons other than efficacy, but if costs of care limit the availability of the ­surgery, then costs may be better ­directed towards the surgery ­itself.”

In an editorial in the journal, surgeon and past-president of the Australian Orthopaedic Association Andreas Loefler suggests in-hospital rehabilitation be reserved for those most likely to benefit.

With the ageing population and high obesity, the demand and cost of knee replacements is an emerging issue.