How getting shredded on protein shakes can risk your health 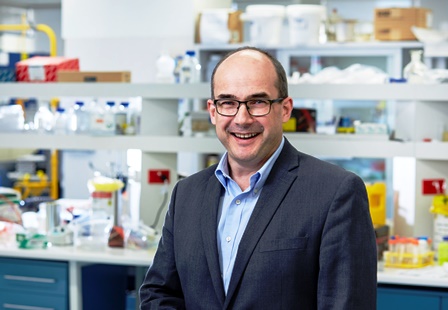 Prof Nick Shackel from the Institute’s Liver and Gastroenterology Group discusses how supplements can sometimes do more damage than good.

Arnie is Karlo’s favourite. Not for starring in The Terminator or governing the State of California, but for winning the world’s biggest bodybuilding contest, Mr Olympia, seven times in his twenties. Karlo, 21, entered his first comp this year. He takes two post-workout protein shakes a day to build muscle, as well as a creatine supplement for muscle mass and a pre-workout amino acids supplement for energy. He consumes about 70g of protein per day from shakes, which is 40 per cent more than the total recommended average daily intake.

His average daily protein intake is about three times what’s recommended for most people.

“At the moment I’m in off-season so I’m trying to gain weight,” he says.  “When I’m training for a competition I would add in a fat burner, something like L-carnitine.”

Gyms like this are ground zero for our modern obsession with getting shredded and for the products that promise a surefire quick method: a galaxy of brands of protein powders, salts, fat burners and stimulants. They’re all on sale at the gym’s reception. The global sports nutrition industry is forecast to grow at around 8 per cent per year to US$45 billion by 2022. Australians are among the world’s highest per capita users of sports nutrition supplements, according to market research company Euromonitor International. It found Australian industry revenue grew at 14 per cent each year from 2009-2014 and the best-performing item was the humble protein bar – sales revenue grew by 20 per cent each year.

But there are growing concerns over the safety of these products. In June, a 25-year-old WA woman training for a fitness model competition died from a combination of a hereditary kidney problem and too many protein shakes. Her story raised questions about the safety of a multi-billion-dollar product.

“I knew a lot of people would jump on the bandwagon of blaming the supplement industry and people who use supplements,” Karlo says.

“It’s really unfortunate that she didn’t know about what she had which led to her death.”

“If I had something similar to hers it would be obvious by now.”

How can protein be dangerous?

Meegan Hefford, a 25-year-old mother-of-two, was found unconscious in her Mandurah apartment south of Perth on June 19. She died in intensive care three days later. The death certificate says she died from a cerebral disorder caused by a rare genetic disorder, Urea Cycle Defect (UCD), that affects the kidney’s ability to process protein.

The certificate lists “intake of body-building supplements” as a contributory cause.

Urea Cycle Defect is very rare – about one in 10,000 people have it in some form, according to Prof. Nicholas Shackel, Ingham Institute Gastroenterology and  Liver Research Group leader, professor of medicine at University of New South Wales and liver specialist at Liverpool Hospital in Sydney.

UCD means the kidneys cannot break down all of the ammonia byproduct released from processing protein to get amino acids, which build muscle. In a healthy kidney, the ammonia becomes urea and is passed out of the body as urine. This is important because ammonia is toxic – for example, it’s used in rocket fuel and cleaning products – and too much ammonia in the blood can trigger a coma and lead to death.

Importantly, some people have UCD without knowing. This is because female cases of UCD may only appear when a women is in her twenties, and she may only become aware of it after having a huge protein load – like Christmas lunch, or protein supplements.

“Typically, if there’s a deficiency in it, a boy will present early in life as a newborn, whereas women could present later in life as teens or twenties,” Prof. Shackel said.

Meegan’s mother, Michelle White, only learned she also had UCD after her daughter had been diagnosed while unconscious in hospital. Michelle White with supplements she says she found in Meegan’s apartment. Michelle told Hack that Meegan reported feeling sick a week before she collapsed.

“Weird, that was the word she used,” Michell said. “I said what do you mean by that. She said, just weird mum.”

Prof. Shackel said that, at its most extreme, too much ammonia in the blood can create symptoms of competitiveness and drowsiness similar to when a person is drunk. Screening of newborns for UCD has only recently been introduced in Australia, which means most children and adults will not have been tested.

Meegan’s death sparked debate about the safety of protein supplements, but cases like hers are relatively uncommon. Prof. Shackel said he saw far more problems caused by extra ingredients or impurities found in protein supplements.

“Typically, they’re young men, going for a certain look. I’m assured they use any number of supplements and it’s word of mouth how they’re promoted,” he said.

“They say, a mate of mine took it and says this one’s good.They order it off the internet. The net result can be they’re taking something incredibly harmful to their body.

He said he saw 3-5 people a year with a liver or kidney problem related to bodybuilding supplements. This multiplied by the number liver or kidney specialists at Sydney’s Liverpool Hospital, means the hospital sees about one case per month.

“You’ve also got to realise that in a clinical practice such as mine, I see only the most advanced cases.

It’s clearly the tip of the iceberg.”

Dieticians have reported seeing similar cases. Gabrielle Matson, a Sydney-based dietician and spokesperson for Dietitians Australia, said she’d had clients who had taken too much creatine – a popular supplement used to put on muscle mass – and ended up in emergency for several days with acute kidney failure.

“Other friends of mine, bodybuilders, ended up in the emergency department with heart palpitations and irregular heartbeat from the cocktail of stimulants like caffeine and creatine and also protein,” she said.

“I guess it’s underground, this information at the moment, but as health practitioners we see it every day as the clients we come across.”

In 2015, a Perth man lost his liver and came close to death after taking a protein powder with a green tea extract additive. Matt Whitby, 29, told Hack he bought the supplement over the internet from Melbourne after doing some online research. He said after drinking two or three shakes over a period of two weeks he began to feel tired and his eyes turned yellow. The doctors in emergency immediately guessed he had liver problems.

Told he had two weeks to live without a liver transplant, Matt was forced to accept a liver infected with hepatitis B. This means he will take meds every day for the rest of his life and has a higher risk of developing other liver problems.

I was 26 years old and fit and healthy and all of a sudden I was dying.” Mr Whitby needed an emergency liver transplant.

Matt and his doctors say the green tea extract caused the liver damage, but it’s not clear if Matt sampled a bad batch or had a pre-existing condition. The substance is added to bodybuilding supplements to act as a ‘fat burner’ and can be easily bought online or over-the-counter in pharmacies and health food stores.

Herbal supplements, including green tea extract in protein, have been linked to at least six organ transplants in Australia since 2011.

“You actually get the specific powder as well, I have it at home,” he said.

“Sometimes when I’m training for a comp, I add a few scoops.”

Is more regulation the solution?

Protein supplements can be classified either as a therapeutic good or as a food, depending on the packaging and the marketing claims.

But even where a protein supplement is deemed a therapeutic good, it will not be subject to routine compliance testing to make sure it does what it claims to do or contains the ingredients that it lists on the side of the bottle. There are also no tests to determine whether the particular cocktail of ingredients in a product is safe to consume.

The TGA only tests a fraction of the thousands of products listed on the Australian Therapeutic Goods Register. In 2016, it tested fewer than 500 complementary medicines out of the 11,000 on the market in Australia. Eighty per cent of those tested had compliance breaches, mostly to do with inaccurate labelling and advertising claims.

Three products were found to have safety issues with ingredients.

“Most of these supplements are totally unregulated,” Prof. Shackel said.

We don’t know what’s in them. It’s like taking an unregulated medication.”

Dieticians Australia also wants to see tighter regulation. Gabrielle Matson said products should be tested according to Australian standards of toxic impurities, such as heavy metals, and there should be maximum standard purity and dose levels.

The problem with tighter regulation is the expense of doing the extra testing. The global dietary supplements industry is worth about $160 billion. There are thousands of brands of vitamins and other complementary medicines that would also need to be tested. There’s also no guarantee products banned in Australia can’t be bought online.

There could also be pushback from local manufacturers and retailers. Industry body Complementary Medicines Australia claims the industry grew from $2.3bn to $4.2bn in the two years to mid-2016 and employs tens of thousands of people. It sees great potential for Australian exports to China and South-East Asia.

In a 2014 report, it said 83 per cent of manufacturers surveyed raised “excessive regulatory burden” from the TGA as the biggest challenge affecting their business.

“You have to be careful in anything you’re consuming – from food to supplements to anything you put into your body,” he says.

But education is only as good as the accuracy of the labelling.

In a 2013 Canadian study, researchers tested 44 bottles of popular supplements sold by 12 companies. They showed one-third had no trace of the plant advertised on the bottle and in some cases contained only powdered rice and weeds.

These reports don’t appear to phase Karlo, perhaps partly because he sees bodybuilding as a healthy influence on his life. The risk of a bad reaction to a supplement can seem pretty abstract compared to the tangible benefits of his routine of gym and shakes: getting shredded. He dumps a hefty scoop of salted caramel protein powder into his water bottle and heads outdoors.