Home/News/Research/Cancer/Ensuring a healthy future for Biobanking

Ensuring a healthy future for Biobanking 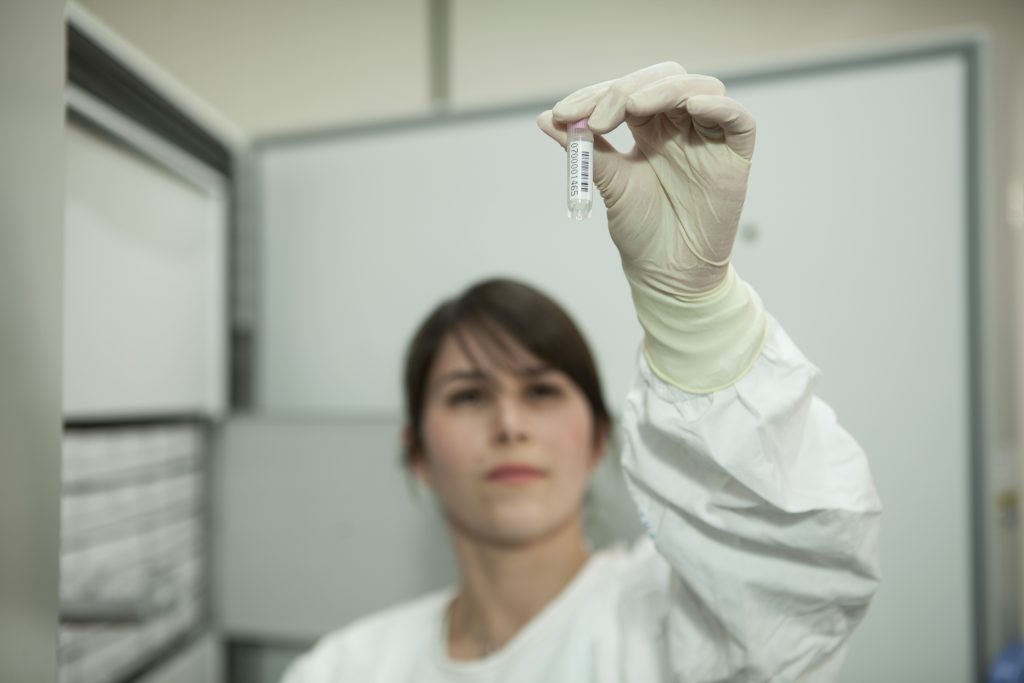 Biobanks are an important weapon in the fight against cancer, and the Centre for Oncology Education Research Translation (CONCERT) Biobank based here at the Ingham Institute in Liverpool is playing a critical role.

Biobanks are an important weapon in the fight against cancer, and the Centre for Oncology Education Research Translation (CONCERT) Biobank based here at the Ingham Institute in Liverpool is playing a critical role.

Our Biobank receives and stores biological samples – mainly tissue and blood – voluntarily provided by patients in South West Sydney, Illawarra, Shoalhaven and the ACT who have been diagnosed with cancer. The Biobank was established in 2013 and so far has collected more than 1000 tumour samples, which has assisted research projects into the genetic, lifestyle and environmental factors linked to cancer.

Patients donating their tissue and blood samples to the Biobank help facilitate findings into new ways to prevent, detect, diagnose and treat different types of cancer so that both current and future generations benefit from its valuable information.

One research project that has developed from patients donating their cancer samples is the study in lung cancer by Dr Pei Ding (pictured left), who conducts her research at the Ingham Institute while working as an oncologist and treating patients at the Liverpool Hospital.

With the latest cancer research showing one in three women and one in 10 men who have never smoked are being diagnosed with lung cancer, Dr Ding’s research is critical if we are to understand more about this type of lung cancer. Dr Ding’s research looks into a mutation in the gene that controls cell growth of non-smoking lung cancer patients.

“Lung cancer is often under-represented in the past, despite being the leading cause of cancer-related death in Australia and worldwide, in terms of public attention, funding, clinical trials and research,” Dr Ding said.

“We try to investigate if we could use simple blood tests as liquid biopsies to find cancer cells and cancer DNA in the blood, and to find the changes in them which could explain why some patients stop responding to treatment,” she said.

This research started less than 12 months ago and we have already seen many generous patients help by donating their time and blood via the CONCERT Biobank.