We celebrate this milestone of 10 years of applied medical research and the significant positive impacts our research is having on our local and global communities. 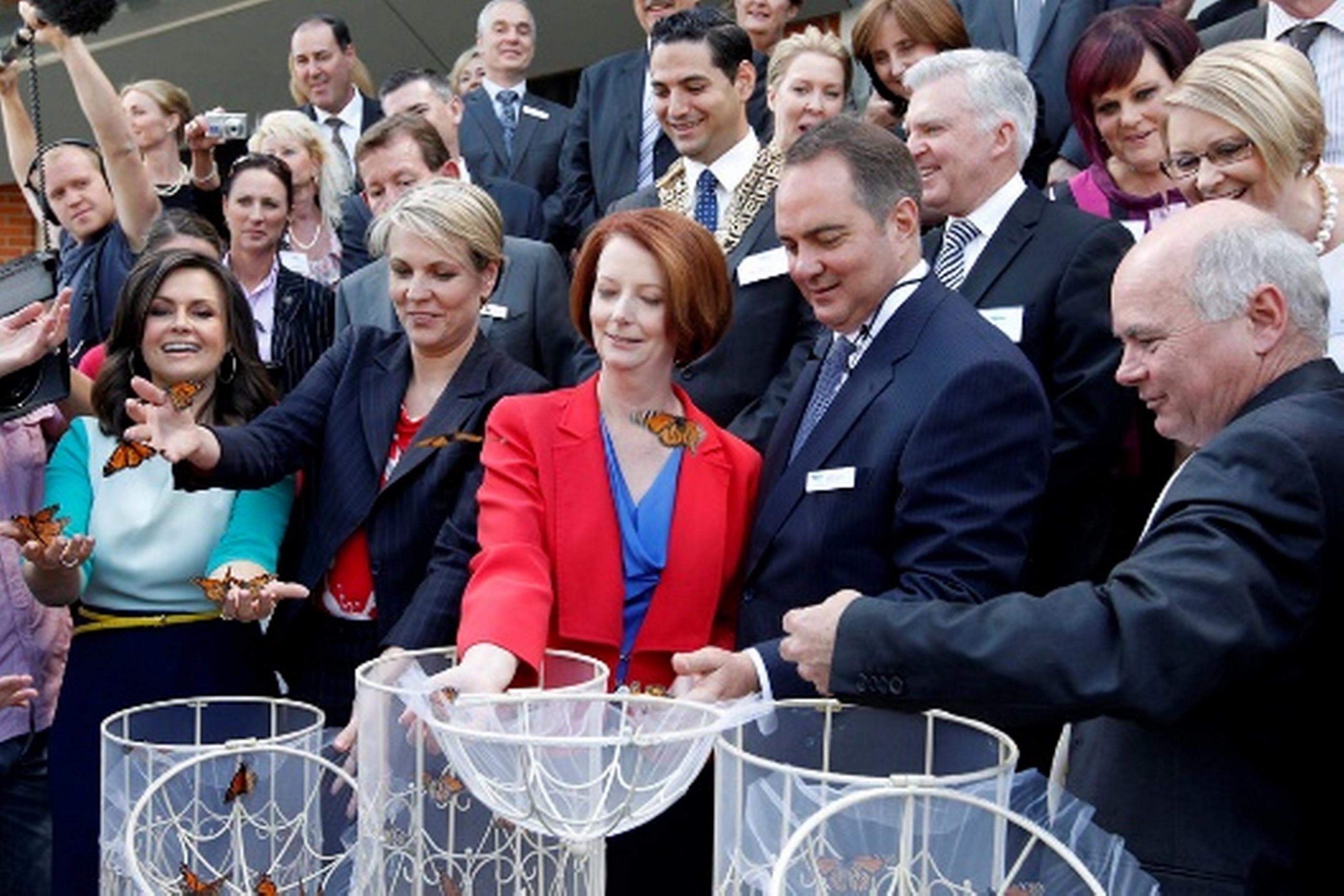 Above: Official opening of Ingham Institute by the then Prime Minister of Australia, the Hon Julia Gillard MP with John Ingham representing the Ingham family, and Terry Goldacre, Ingham Institute Chair.

This significant milestone enacted and found a permanent home for the vision of Bob Ingham AO and Jack Ingham AO, who in 1996 committed to establishing and supporting a research institute that would deliver significant benefits to their hometown of South Western Sydney. The Institute became an independent legal entity in 2008 and appointed its first Board. Four years later it moved into the current Liverpool premises – the milestone we celebrate today.Imagination is life to innovation. It fuels determination. It invites bold decisions and risk taking. Bob and Jack imagined and they acted with generous philanthropy as founding benefactors of the Ingham Institute.

Ten years on from our research building’s opening, we pause to celebrate their spirit and acknowledge the remarkable achievements and contribution of our researchers, whose work is making positive impacts locally, nationally and globally.

Some of our achievements and impacts

The Ingham Institute is dedicated to applying our medical research at a local, national and global level, ensuring it can have the greatest impact on the most people. Here are some of our most distinguished research advances implemented on a national or international scale.

And one of our most recent achievements:

Clinical trials are fundamental to research. The Institute and SWSLHD have invested significantly in establishing and developing a state-of-the-art clinical trials centre which has become a model for the State. Complemented by a Phase 1 unit, both medical research and industry led clinical trials have increased significantly. While many other institutes have seen a decrease in clinical trial activities during the last three years since COVID-19, the Ingham Institute continues to grow 30% year-on-year. 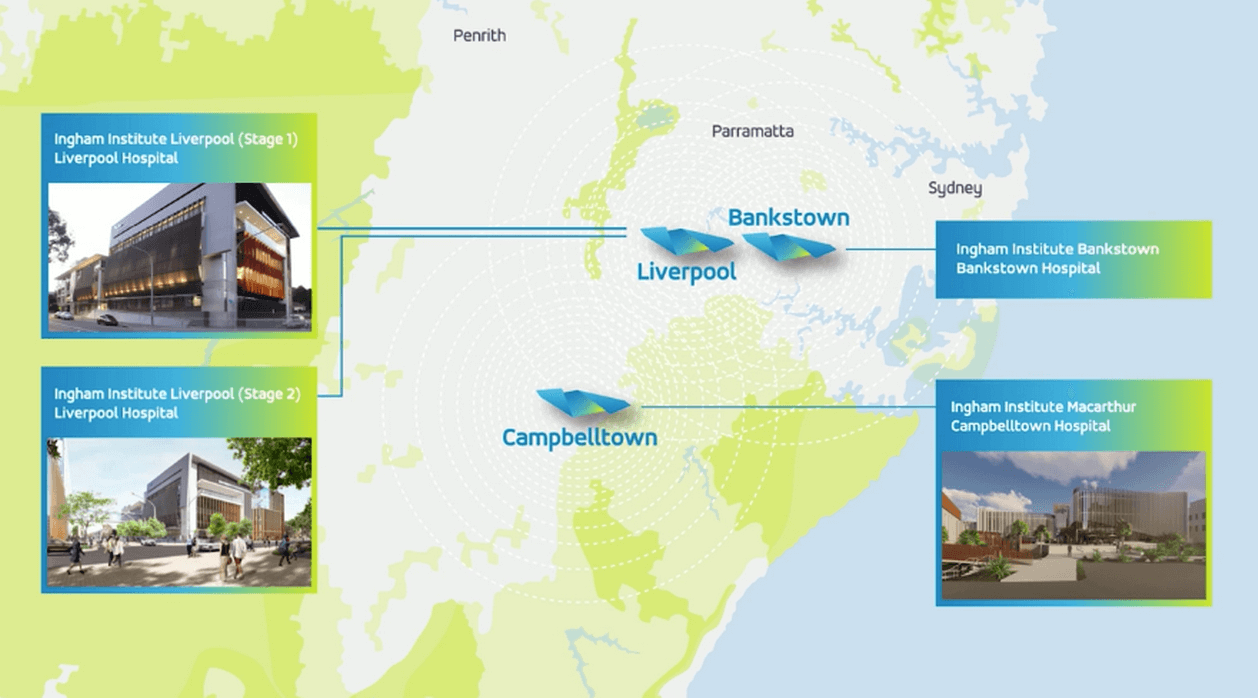 We are also expanding our investment in the future generation of clinicians and researchers, with our secondary school program including TAFE and the Western Sydney University campus. This will become a vertically integrated education and research hub which will offer career pathways and jobs for the people of South Western Sydney. It will be a beacon of light for years to come. It was imagined and it will happen.

Finally, while we celebrate this milestone – the 10 year anniversary of our current building – we recognise that impact is not about place, but people and partnerships. It precedes physical premises and extends long after bricks and mortar have given way.

We thank you for joining our journey so far, as we have forged and applied medical research in clinical practice and education. We look forward to sharing the next era of expansion as we embolden our vision to inspire health and transform care in South Western Sydney and beyond.